Sanibel Sea School: Teaching Kids to Fall In Love With the Ocean

I have been attempting to go berry picking since I moved to Southwest Florida 11 years ago. This past week I received a tip that Berry Best Farms expanded their picking hours due to their large crop of sun ripened organic blueberries. I, at last, jumped at the opportunity.

The bushes are full of large fresh juicy blueberries.

With the promise of a fresh baked blueberry pie for the family, I loaded up the mini van and headed to north to Punta Gorda with the family to see if more than a decade of anticipation could be met.

We took Burnt Store Road to North Jones Loop for a more relaxing and laid back drive.

The farm is nestled in a pretty neighborhood off the beaten track. If you go, bring directions, the farm is quite the hidden gem.  We pulled into the private drive and up to a informal kiosk where the owners handed out bright colored buckets and hand disinfectant. Since they don’t use pesticides it’s a good idea to wear closed toed shoes and bug spray. Rows of blueberries as far as the eye can see.

The first thing I noticed was how peaceful and clean the farm is. The bushes are  lined in tidy rows. Wide grasses footpaths make walking easy for all abilities. The farm is easily accessible for even the tiniest of berry pickers.

Tiny patrons have the freedom to pick berries at their own pace.

We arrived early and took our time wondering around the farm. In roughly 40 minutes we had just over 3 pounds of berries. It would not have been difficult to double our haul in half the time, but we were there for a family outing rather than stock up on produce.

Berry Best Farms charge $5.50 a pound for their organic blueberries. For the delicious fruit and a morning in the fresh air with the family, the price felt like a bargain to us.

I have no idea what took me so long to wander out to the farm to pick my own blueberries. Now that I have, it’s time to find a recipe for that pie I promised.

Follow 365 Things to Do In Southwest Florida on Facebook for more recommendations, events and activities for the whole family.

Jessica Hehir is a regular contributor to 365 Things to Do In Southwest Florida. You can visit Jessica on her blog Sugar and The Spice, follow her on Twitter @sugarnthespice or try to keep up with her on her Facebook page. 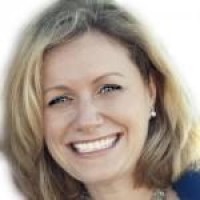 Jessica Hehir is a former broadcast journalist who found her calling in motherhood. Jessica has worked in all aspects of both broadcast and print journalism in Ireland and across the U.S. Jessica writes for several publications in Southwest Florida on topics ranging from parenting to business to health and beauty. She is now using her writing skills to blog about her adventures in motherhood. Jessica enjoys spending time in the kitchen with her children, running long distance and dinning out with her husband. She is always looking for opportunities to put her writing and party planning skills to good use in the business world as she work over time to create sweet childhood memories for her three young daughters. They inspired her new blog, www.sugarandthespice.org.